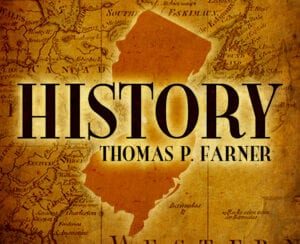 The story of the famous opera “Madame Butterfly” started in Spray Beach on Long Beach Island, where long-time summer resident John Luther Long, a Philadelphia lawyer, took a story told to him by his missionary sister and turned it into a heartbreaking short story that appeared in the January 1898 issue of The Century Magazine. The reaction to the story was explained by opera historian Chadwick Jenkins.

“Long’s story was widely popular with a public fascinated by the exotic. Many famed actresses approached him for the dramatic rights, but it was David Belasco, himself at the peak of his fame, who adapted Butterfly for the stage. … The playwright borrowed liberally from the magazine story, and therefore much of the dialogue is indeed Long’s.”

There was one major change from the story as it appeared in the magazine version: the ending.

“The entire action of the play takes place two years after Pinkerton’s departure. Thus the focus is almost entirely on Butterfly and her maid. Pinkerton makes an ignominious entrance toward the conclusion of the play, inspiring and witnessing Butterfly’s (this time successful) suicide. Belasco’s tragic ending was coupled with another innovation that impressed the 14-minute vigil wherein Butterfly silently awaits Pinkerton’s arrival.”

By March 1900, the play was ready for the stage. Several papers ran with “David Belasco has completed his dramatization of Long’s charming Japanese story Madame Butterfly and will produce it as in afterpiece to Naughty Anthony at the Herald Square Theatre, New York. The play, which is one act, deals with the life and love of a beautiful young girl of the Orient who has become the wife of an American naval officer. The Lieutenant is ordered home. After his departure the young wife broods sadly until the stork arrives, with a handsome baby boy. Joy and happiness return for a while, but the husband does not return. Finally, he does come but it is with a stately blonde wife on his arm. He sends an offer of money to the poor little Japanese girl, who scornfully refuses it, and shuts herself up in her pretty flower-decked cottage to die.”

The play was an instant hit. Soon it was being produced in England; there Giacomo Puccini entered the picture.

“One night when I was in London I went by chance to the Duke of York’s theater and there I saw Madame Butterfly by Mr. Long an American dramatist. That incomparable artist, the beautiful creature, Miss Millard was acting in it. I was at once taken, heart and soul. I returned again and again dragging my friends and others who soon became as enthusiastic as myself. That was the libretto for me. Although I do not understand English very well, I understood well enough for that. Now I am so in love with Madame Butterfly that I am almost jealous of it.”

Puccini went to work to transform the play into an opera. By February 1904, the San Francisco Call reported, “Puccini has just finished the orchestration of his latest opera, Madame Butterfly, based on the familiar story. The work will receive its first production this month at La Scala, Milan and will immediately thereafter be given in Rome.”

But the opening didn’t go well. From Milan came word it was “produced for the first time here at the Scala theatre last night. It was received rather coldly, the public thinking the music was too reminiscent of other works by the composer.”

An Italian critic summed up the first performance: “growls, shouts, groans, laughter, giggling, the usual cries of ‘BIS’ designed to excite the public still more: that sums up the reception which the public of La Scala accorded to new work by Maestro Giacomo Puccini. … The spectacle given in the auditorium seemed as well organized as that on stage since it began precisely with the beginning of the opera.”

The New York Times later explained, “Greatly incensed at this reception, Puccini immediately withdrew the opera: and in order to get it off the stage at once even offered to indemnify the manager for his great expenditure in mounting the work. He announced that he would revise it in the way of making a few excisions especially in shortening the second act but he refused to make any changes in the music itself. … A new edition of the opera was issued in 1904 and in this, the long second act is divided into two parts. In its revised form the opera was produced in June of that year and was successful, it made its way back to Milan and was there applauded as vociferously as it had been hissed before.”

The story finally returned to Washington, D.C. in October 1906. “Puccini’s Japanese opera Madame Butterfly had its first production in English at the Columbia Theater last night. The audience was a brilliant and large one, and included the Japanese Ambassador, Viscount Aoki and a party of friends, other members of the diplomatic corps and representatives of the Army, Navy, and social circles. Tito Ricordi of Milan who came in this country as the personal representative of Mr. Puccini to stage the production occupied a box with a party of distinguished Italians. The performance was received with much enthusiasm.”

With that, the story should end. The opera became a classic; Long went on to write almost 100 short stories and plays; the house in Spray Beach still stands. But like Butterfly’s story, there is no happy ending. On the Internet today you can read an essay by Adriana V. Neves from 2014.

As John Luther Long sat writing on his Spray Beach porch, was he thinking about imperialism and gender, or just telling a good story?